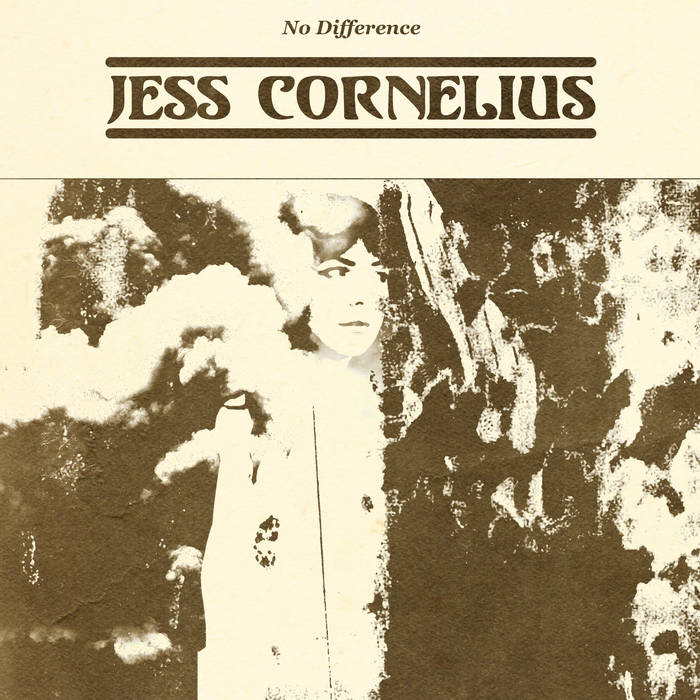 Jess Cornelius, the New Zealand-born, Australian-raised, and now Los Angeles-based singer and songwriter, has an intense desire for personal authenticity, which is reflected in her songs as they explore womanhood, relationships, ageing and existence, all delivered through her startling voice.

“No Difference” was written in Melbourne before moving to Los Angeles while trying to navigate everything going on in her life. The song is part self-help mantra, part blind fatalism. Its video, directed by Thomas Hyland, was filmed in a bathroom in Melbourne and features friends and acquaintances of Cornelius.

“We wanted to introduce the water element because of its cleansing/rebirthing properties, but water is also destructive, and the image of someone wearing a white suit in a full bathtub implies someone slightly unhinged,” says Cornelius. “We wanted to expand on this idea of rebirth by showing all these women having miniature moments of self-reckoning, which is what I feel people often do in the bathroom. We use the bathroom—and the bathroom mirror—to collect ourselves, to recover, to psych ourselves up, to escape, to self destruct, to castigate ourselves, to tally up our worth, to make deals with ourselves, to re-evaluate, to preen and primp and steel ourselves.”

After releasing three critically acclaimed albums with her Melbourne-based band Teeth & Tongue, Cornelius sought out a more personal project. She began performing and recording under her own name, releasing the “Nothing Is Lost” EP (Dot Dash/Remote Control) in 2017. “No Difference” is the first new music Cornelius has released since then.

Recorded and Mixed by Tony Buchen in Los Angeles

Jess Cornelius is the songwriter and instrumentalist behind Teeth & Tongue. Over four critically-acclaimed albums, Teeth & Tongue gradually morphed from a solo project into a band, culminating in the 2016 album ‘Give Up On Your Health’, released through Dot Dash/Remote Control/Captured Tracks.
Jess Cornelius is a new solo project: more stripped back, personal and lyrically direct. ... more

Bandcamp Daily  your guide to the world of Bandcamp

Benji B talks about his new compilation ‘Deviation Classics’